Understand the Basics of Decentralized Apps, AKA ‘DApps’

Understand the Basics of Decentralized Apps, AKA ‘DApps’

What Are Decentralized Applications (DApps)?

Decentralized Apps, also known as DApps, are software applications or programs that are not controlled by any single party. DApps are open-source and use blockchain technology to distribute their code and data across a network of computers. The open-source nature of DApps means the code is public, nobody owns the network, and a single entity can’t take the application down. DApps, which are often developed on the Ethereum platform, can be used in a range of industries, including healthcare, music, gaming, banking, and social media.

Let’s dive into it!

How Do Decentralized Applications (DApps)Work?

The DApp can run on a blockchain or a P2P network. Instead of a central server, these programs use the processing power of multiple PCs. A DApp, according to David Johnston, CEO of the DApp Fund, must contain the following characteristics: 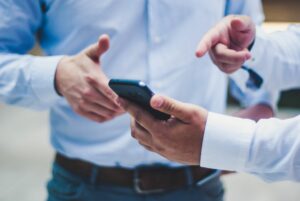 What Are the Differences Between DApps and Regular Apps?

Digital apps that run on a blockchain are known as decentralized applications (DApps). They are based on decentralized networks called blockchains. A DApp integrates a smart contract with a user interface on the front end. The main distinction between DApps and apps is that DApps use a decentralized peer-to-peer blockchain network for their backend code. On the other hand, the backend code of an app is hosted on single or numerous centralized servers.

DApps offer a variety of advantages, including privacy. You don’t have to reveal details about your identity to engage with a DApp, as you do with most apps. Your data is protected on a DApp due to the immutability of data stored on blockchains.

DApps operate in an open-source setting where no single authority can control or obstruct them.

Merits and Demerits  of Decentralized Applications

The fundamental knowledge of “what is a DApp” resulted in several interesting insights into its definition, design, and functionality. Here are a few prominent benefits of using decentralized applications.

The most significant benefit of DApps is that they do not have any downtime. The network can always satisfy the demands of clients who want to interact with the smart contract once the smart contract is deployed on the blockchain. Additionally, DApps can prevent malicious actors from launching denial-of-service attacks against certain apps. Because a decentralized program is based on a peer-to-peer network, it will continue to work even if sections of the network architecture are down.

Censorship resistance is another key feature of DApps. The data and processes are not controlled by a single entity in decentralized apps. As a result, any government or corporation will be unable to prevent users from submitting transactions, establishing DApps, or reading data from the blockchain. Users benefit from the entire independence of DApps because they are not controlled by any one person or group.

The analysis of smart contracts and predictable execution without any centralized authority is the next significant value advantage linked with DApp blockchain interaction. In comparison to traditional approaches, decentralized apps lay the groundwork for truly trustworthy systems.

For example, in online banking systems, you must trust financial institutions and presume that they will not mishandle your financial or personal data. A DApp, on the other hand, eliminates the need for a central authority because the smart contract manages everything.

Anonymity is the most prominent benefit of decentralized apps. You’ll notice that a large number of decentralized applications don’t require users to reveal users true identities. Users might access DApps using their Ethereum login credentials and a digital wallet instead of going through an identity-revealing signup process.

Data integrity is also a key aspect in broadening the range of possible answers to the question “What is a DApp used for?” across different businesses. Decentralized applications use cryptography to enable secure data storage on relevant blockchain networks. Furthermore, the public blockchain’s accessibility for checking transactions ensures the accuracy of data records.

On the one side, you have the DApp blockchain relationship, which has the potential to alter the digital world. While censorship resistance, increased availability, decentralization, and security are all positives of DApps, it’s also vital to consider the drawbacks.

Here are some of the most noteworthy disadvantages associated with decentralized applications.

Due to the difficulty in changing code and data published on the blockchain network, decentralized applications have a lot of maintenance issues. Even if bugs or security threats were identified, developers would be unable to update the apps.

Congestion in the Network

When a single DApp utilizes an excessive amount of computational resources, the issue of network congestion becomes obvious. The Ethereum network can currently process 10 to 15 transactions per second. Sending transactions at a higher rate, on the other hand, may result in a faster increase in the number of unconfirmed transactions.

Not a User-Friendly Interface

Another issue is the capacity to create a user-friendly interface. Most users of apps produced by traditional centralized organizations expect the app to be simple to use and interact with. To get people to switch to DApps, developers must create a user experience and performance level that compete with widely used and well-established programs.

While a decentralized program may appear to be based on Ethereum, it may have certain centralized characteristics. Some DApps, for example, could store keys or other sensitive data on the server side or use centralized servers to run critical business logic.

The number of decentralized apps is rapidly being adopted in the market. However, this technology is still in its early stages of development. For the time being, one can only speculate which industries will be influenced by DApps. For example, industries like Healthcare, Music

and many more can see a significant change in the business dynamics due to DApps.

As people and businesses realize the true value of DApps, their popularity is growing. Because of the originality and creativity of developers, decentralized applications have progressed significantly over time. As a consequence, all are seeing a lot of new emerging DApp examples designed for various businesses in various industries.

The key to comprehending a decentralized application is to recognize how blockchain plays a crucial role in its backend. Instead of having a centralized entity in charge, DApps use a smart contract to facilitate transactions. However, DApps have some drawbacks, including issues with centralization and network congestion. While there is still work to be done on DApps, their value is apparent. Developers are already working hard to make DApps scalable, and it’s just a matter of time before they become more popular.

However, it is critical to comprehend the obstacles that the DApp ecosystem faces. Businesses should choose seasoned developers who are familiar with the sector and can thoroughly test DApps before launching them to ensure optimal usability and scalability.

If you want to build a robust decentralized application, but are not sure where to begin, you can get in touch with our team. We’ll be glad to help you figure it out.