What is Computer Vision? Understand The Basics.

Home/Artificial Intelligence/What is Computer Vision? Understand The Basics.
Previous Next

What is Computer Vision? Understand The Basics.

Computer Vision is a subset of artificial intelligence that allows computers to “see.” In other words, it’s a software technique that gets computers to identify and recognize objects in digital images or videos. It’s already being used to power computer applications such as photo organization and e-commerce search. Computer Vision can be thought of as the ability of machines to observe their environment, detect what object(s) are present, and then understand the type of data they represent. Computer Vision has been around for decades, but recent advances in machine learning have made it much faster and more accurate at recognizing objects in images than ever before. This has led to a surge of interest in applying Computer Vision technologies across many sectors of the economy.

How does it work?

The process involves a computer analyzing pixels on a digital image and then comparing those pixels against an existing database of images in order to identify them. For example, if you tell a computer to look at a specific face, it will scan its database of faces until it finds one that matches. It will then be able to detect where the face is and what expressions it is making. Computers can also be taught to identify objects such as animals or plants, or even learn how to recognize certain actions such as walking or running.

Here are some of the main features of Computer Vision: 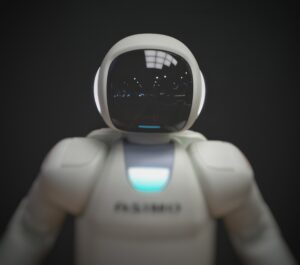 What is the current state of Computer Vision now?

The current state of Computer Vision is pretty exciting and fascinating!

We’re seeing more and more applications for Computer Vision in our everyday lives. For example, you can use your phone to scan a barcode on a product and have it instantly tell you where to buy it online, or what it costs at other stores.

There’s also been a lot of advances in object recognition: recognizing things like faces, animals, and plants from images. This is being used to power things like self-driving cars and facial recognition software. It also makes it possible for machines to understand what they see by allowing them to process visual data. For example, if you have a robot that needs to navigate a new environment, it can use Computer Vision to analyze its surroundings and determine the best course of action. Computer Vision allows robots to be more intelligent than ever before!

In the near future, we will get used to computers interpreting data by effectively seeing the world around them. From self-driving cars to digital assistants, from facial recognition to medical imaging, these innovations are rapidly becoming useful in their fields of application.

What is the most common use of Computer Vision?

Computer Vision is a widely used technology that has applications across many different industries and sectors. The most common use cases include: 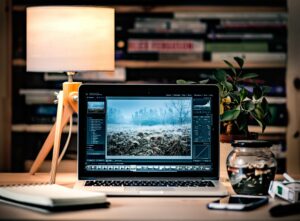 As you can see from this article, Computer Vision is a huge part of modern life. With Artificial Intelligence growing in leaps and bounds, it seems that Computer Vision won’t be far behind.

In this article, we have tried to give a critical review of how Computer Vision works and how it is useful for individuals and businesses. We have mentioned the various features of Computer Vision such as Image processing, video analysis, facial recognition, and much more. With this, we saw how the various features of Computer Vision are helping professionals get a lot of things done, leading to increased efficiency. It won’t be too long when we see AI systems being ubiquitous, being used almost everywhere in our daily lives.